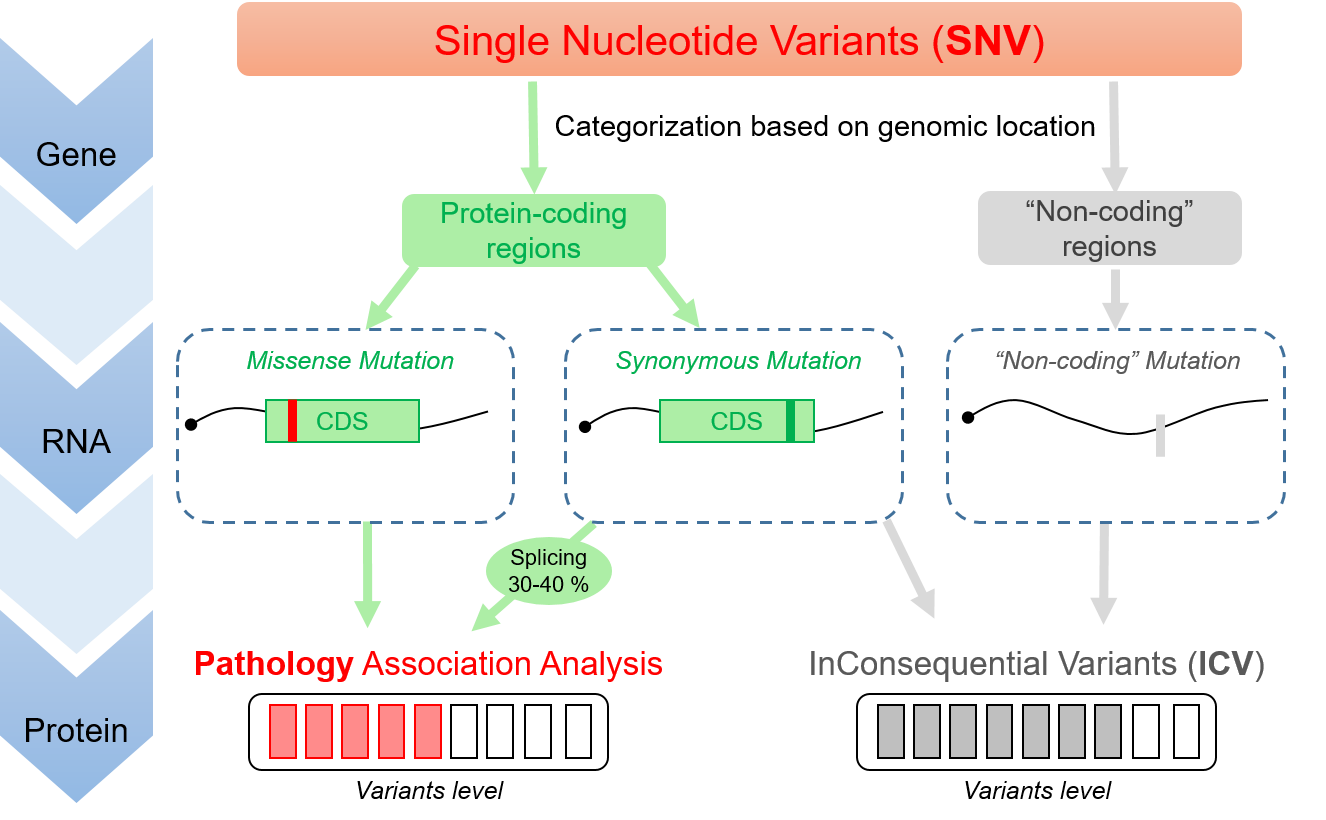 With current genome annotations, about 75% of genomic variants are deemed inconsequential (ICV). These ICV correspond to variants falling in allegedly non-coding regions, such as UTRs or ncRNAs, or yielding synonymous mutations (silent). Yet, some ICV have been strongly associated with pathologies and only about 30-40 % can be explained with hypotheses formulated under a monocistronic annotation of the human genome.

By allowing annotation of multiple ORF per transcript (polycistronic annotation), OpenProt provides a more complex yet more comprehensive view of the coding potential of human genes. Early studies suggest that up to 30% of ICV could be explained by their consequence on a currently unannotated protein.

38% of Mendelian phenotypes still have no known molecular basis (OMIM).

80% of rare diseases are thought to be of genetic origin, yet only 39% have a described gene association (Ferreira, 2019).